Founded in 2011, The Acting Center is a premier studio offering performance classes in film, television and stage. Children and teen classes study technique in a safe and fun environment. From the Beginner looking to bolster confidence through public speech and performance to the Professional looking to hone their auditions skills, there is something for everyone at The Acting Center! 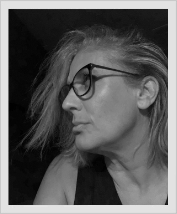 Zoe has been a professional actor for over 25 years. She has acted in theatre and film across Canada and in the United States. From the Yukon Territories to New York, she has been blessed to work with some of the most talented actors and directors in the industry. Zoe has performed onstage at The National Arts Centre, Theatre Calgary, Manitoba Theatre Centre, Stage West (Ontario and Alberta), Quest Theatre, Azimuth Theatre and Shakespeare in the Park. Zoe has been seen in many mini-series, movies of the week and feature films. She has worked alongside such greats such as Anne Bancroft, Natasha Richardson, Jennifer Connelly, Tony Shalhoub, Judy Davis, Marsha Mason, Hugh Laurie, Kevin Nealon and many others. She has had the great privilege to be directed by such talent as Walter Salles, Darren Lynn Bousman, Robert Allan Ackerman, John Gray and Helen Shaver (to name a few). She continued that love of acting with her work in casting animation for many years with Planet Voice in Toronto. Zoe is a proud recipient of Best Actress for The Alberta Motion Picture Awards.

Zoe has been directing and teaching young actors for over ten years. The Acting Center is a dream come true, as she is able to share her passion for acting with others. She is also a very proud Mother of two and is married to Jake Simons. 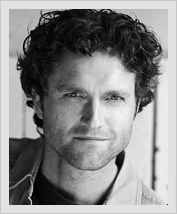 Jake Simons has over 25 years of performing experience has been teaching for 15 years. He has 25 theatre credits, 40 film and TV credits and has shot over 40 TV commercials. Some highlights include: a two year run of Dirty Dancing at The Royal Alexandra Theatre in Toronto where he played the lead character Johnny Castle; Johnny Cash in the Ring of Fire at the Charlottetown Festival; The Fonz in the Canadian premiere of Happy Days the Musical (Stage West); Riff in West Side Story at Stratford; Song and Dance at Theatre Calgary; Hoopz (a Disney produced play about The Harlem Globetrotters in New York); three Pantomimes at the Elgin; recurring roles on the TV series Degrassi and Metropia; a supporting role playing Cuba Gooding Jr.s' cop partner in the feature film Sacrifice and the role of the Dad in American Girl: Isabelle Dances Into the Spotlight.

He is a trained dancer having studied tap, jazz, ballet, hip-hop and modern dance. As a dancer and choreographer he toured with several Juno-nominated Canadian pop singers, performed on the NHL Awards and was a member of the Inaugural Toronto Raptors Dance Pack.

When not acting he enjoys singing, playing guitar and saxophone in his band. Raised in Kitchener, Jake studied General Arts at The University of Western Ontario and graduated from the Randolph School of Performing Arts in Toronto.